A Third Year of Mailart 365

I have now begun my third year of creating envelopes and postcards for Mailart365.com. I have completed the goal of 365 pieces of postal art during each of the last two years. Here are a couple of my first envelopes of this year of creation. One of the nice things about sending art to other mail artists is that you usually receive art in return. The art runs the gamut of styles and techniques created by professional and amateur artists. I keep the pieces I receive in a binder of Mylar pages along with Artist Trading Cards, and some I have framed for the walls. I am having a lot of fun, and I invite anyone reading this to check out the different online mail art associations and join in the fun. 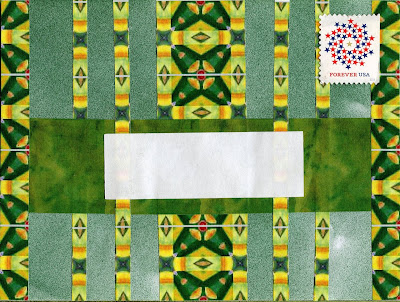 IUOMA International Union of Mail-Artists   Mend Me Some Art   MailArt365.com

Posted by oldlibraryman at 6:57 PM No comments:

Time to Get Busy 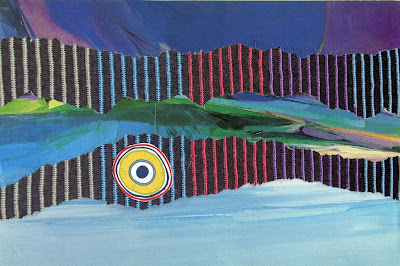 It seems like it has been an eon and a half since I last posted on this blog, but it has only been thirteen months. I have decided to make an effort to write again. I used to write letters to family and friends every few weeks, but Facebook has sapped my writing time as I look at all the posts every day and occasionally respond. At least I am clicking the like button a lot so that my friends can see that I have seen their posts. I have also spent many hours each week over the last two years creating mail art on Mailart 365. Yes, that is 365 individual pieces of mail art (i.e., decorated envelopes and post cards) in 2016 and 2017.
Family history and genealogical research also takes up big chunks of my week. I am looking forward to RootsTech 2018. Last year was the first time I was able to attend the four day genealogy and technology conference in Salt Lake City, and I had a stupendous time. My wife Chris and I published a book of her father's missionary letters from the Norwegian Mission to his mother from 1936 to 1938. Chris transcribed all the letters, and my daughter Rebekah and I formatted and edited the book on the computer. I scanned and added photographs to the manuscript. Office Depot printed and bound the final book.
My hope for 2018 is to write letters again, write a few more memoir pieces (hard to do without the Writing Memoirs Workshop I took for four years while I was teaching), and post on this blog. We shall see what I can accomplish. I am going to do it whether anyone reads what I write or not. 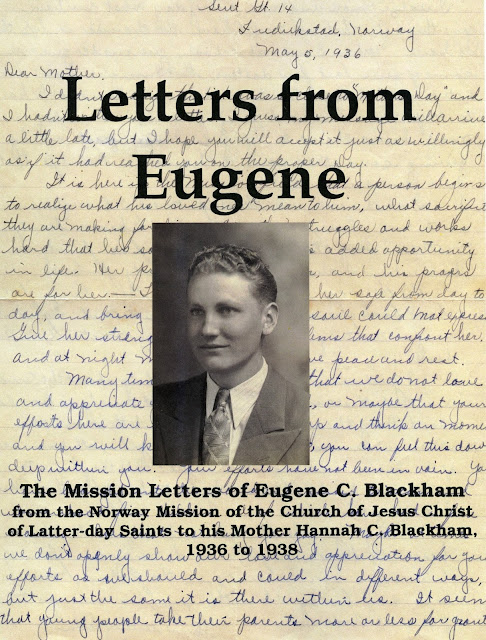 This is the front cover of the book.

Posted by oldlibraryman at 6:01 PM No comments:

ATCs for Iryna B.

I made these three ATCs for a trade partner in Belarus, Iryna Barysava. I added a couple more that I had made previously and mailed them all in a decorated envelope. I am hoping they arrive in one piece. 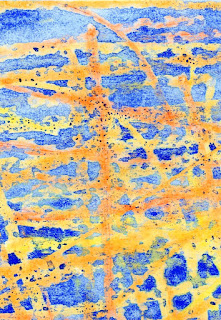 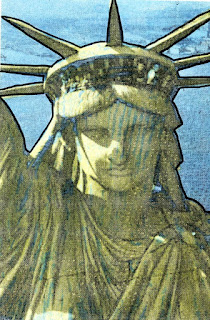 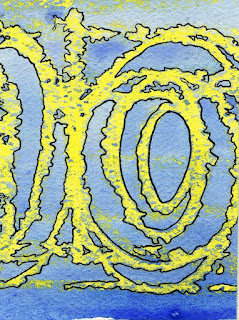 Posted by oldlibraryman at 5:34 PM No comments:

The End of October

Well, it has been a long time since I blogged here. I have just ended my 69th year (Oct 22) and quietly slipped into my 70th year. I don't feel old, so I must not be. I retired in June and have been trying to figure out why I get less done now than when I was working. They (who ever they are) say that "work expands to meet the time allowed." It is nice to be able to work in the garden during the day and not late afternoon after work.
My wife and I went to Alaska in late August for a train and cruise vacation. It was our retirement celebration, and we had a stupendous time. We started in Fairbanks and ended in Victoria, Vancouver, Canada.
I have been blogging at Mailart 365 from January 1st until now, posting images of my mail art. The goal has been to create 365 pieces of mail art, envelopes and postcards, in 365 days. I did very well during the first half of the year, but I have fallen behind since August. I have only finished 230 pieces of mail art. I have 66 days left to complete 135 envelopes. That is only two or so a day, but I will be in Israel for twelve days starting the day after Thanksgiving. So that only leaves me 54 days.
I have also tried to do a few artist trading cards to send off to people who have sent me some, in decorated envelopes of course. Here are three of a set of four ATCs that I made this week. I titled the set: Music of the Spheres. (The 4th card was sent to a trader in New York before I scanned the set.) 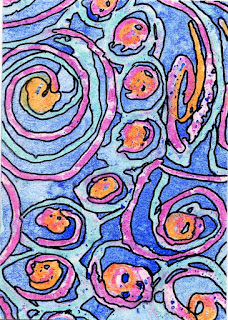 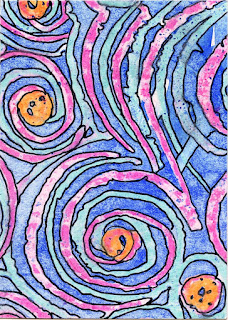 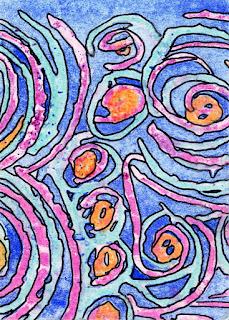 Posted by oldlibraryman at 11:13 AM No comments:

There is no tyranny like petty tyranny, and there is nothing so petty as an HOA.
Just saying...
Posted by oldlibraryman at 10:53 AM No comments:

I joined two more mail art groups this month along with Mailart 365,which I joined at the end of last year. They are keeping me busy making and decorating envelopes. I have made 82 envelopes as part of Mailart 365 since January 1st. The goal is to have made/created 365 pieces of mail art (envelopes or postcards) within a one year (365 day) period regardless of what date you begin. I chose the 1st of January so I could keep track. Otherwise, I would never know if I were ahead, behind or on track. I am a little ahead right now, so I will have plenty of items to mail out with my two new groups, Mail Me Some Art and The International Union of Mail Artists. I don't know if I could be considered an "artist," but I do make mail art, and some pieces are, in my totally unbiased opinion, rather good.
Posted by oldlibraryman at 12:11 PM No comments:

Sing Me an Old, Sad Song

While re-shelving the two hundred books I pulled from the stacks last week for a special seventh grade reading assignment, I have been listening to Joan Baez, Judy Collins, Peter, Paul and Mary, Emmylou Harris, and a few others. It has been a bit of time since I listened to a lot of these songs, but I didn't remember these old folk songs being so sad. Even the songs with up beat lyrics sound like they are written in a minor key. Perhaps it is only that I am getting old, and these songs simply sound sad because of the memories they pull into my head of people who are no more and places that are no longer the same. If I listen to these good old songs too much, I will have a great, black cloud of depression floating over me, and it is too beautiful a day to have that. So, I had better put on some Bach and cheer up.

P.S. Bob Dylan wrote some great songs, but he sure couldn't sing them. Thank goodness, other people can.
Posted by oldlibraryman at 10:40 AM No comments: