I haven't been doing much swapping or postcarding lately. There have been too many distractions, like work and house remodeling and watching old television shows and just being lazy. But, I have decorated a few envelopes for some get-well and thinking-of-you cards. I also joined a couple of swaps in mid September and sent out ATCs in decorated envelopes.

This was for Elder Calvin Petersen, who adopted me as a grandpa when he was a student at my school five years ago. The next three were for Swap-bot ATC trades. I go to more work on these trades than I should - extra ATCs and a postal art envelope.

These envelopes are for a Swap-bot Halloween ATC trade with two trade partners.

These are the ATCs that I made for the trade. I made two of each and sent both cards and some decorated blanks for backgrounds to each of the partners. The gray background of the second card was supposed to be black, but you never know what you are going to end up with when you die paper with my process. It has a nice texture though. 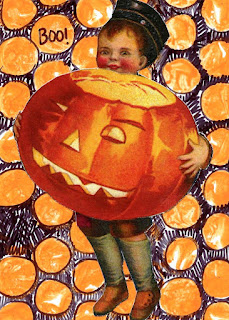 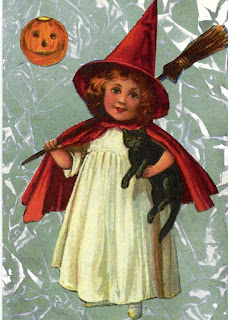 Posted by oldlibraryman at 7:51 AM 3 comments:

Today Andy Hardy (Mickey Rooney) turns 92., born Joe Jule, Jr. in 1920. I loved watching the Andy Hardy movies on television when I was growing up in the '60s in Huntington Beach, California. Los Angeles had several local stations then that showed "old" movies throughout the day. Of course, the films of the nineteen thirties and forties were not really old in the nineteen sixties. Watching those films then is like watching films from the eighties today. (That would include "classics" like ET - The Extraterrestrial, the first three Indiana Jones adventures, The Road Warrior, Ferris Bueller's Day Off,  or even from the seventies like Star Wars, Jaws, etc. etc. etc...)

Anyway, I still love all those movies I saw back then, the Mickey Rooney/Judy Garland musicals like Babes in Arms and Strike Up the Band, all the Busby Berkley movies, The Andy Hardy series, the witty comedies, the World War Two propaganda films, and on and on and on... And they were all clean, too. No vulgar, gutter language and no graphic, gratuitous sexual content. Ah for the day when, though some people, even some of the actors we admired, may have been vulgar in the real world, we were not assaulted with such crassness in our entertainment.

But I wander from the good tidings of the day. Happy birthday, Mickey, and many returns of the day! You said in 1958: "I was a 14-year-old boy for 30 years," and you are still young for your age with 328 films to your credit and more to come. 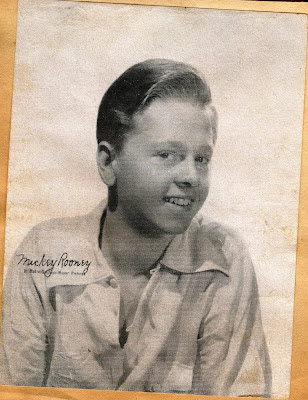 P.S. This is one of my favorite photos of the young Mickey Rooney, because it belonged to my mother. I found it in her movie star scrapbook which she kept as a young teenager in the nineteen thirties. This picture is different from the rest of those in her book. It is a photograph, a theatre lobby card, while all the others are clippings from  the Sunday supplement of a newspaper.
More on Mickey: In 1979, when he made his Broadway debut in the review, Sugar Babies, at the age of 59, Jim Watters wrote:


"Rooney's been performing since the age of two, when his vaudevillian parents made him part of the act. By his early teens he was getting raves playing brats, bullies, midgets and a vivid Puck in the all-star A Midsummer Night's Dream. In 1939 he toppled the giants-Clark Gable, Gary Cooper, Bing Crosby [also Tyron Power, Spencer Tracy, Shirley Temple, Bette Davis, Alice Faye, and Errol Flinn who were on the top ten list that year]-as the number one box-office draw." 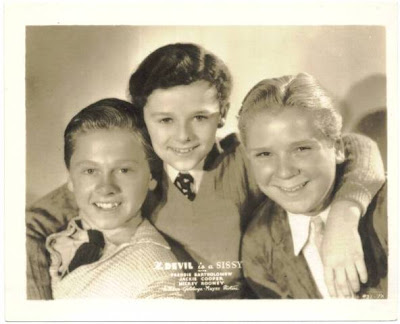 Here is a triple threat in one of my favorite films of 1936, The Devil Is a Sissy: Mickey, Freddie Bartholomew, and Jackie Cooper! 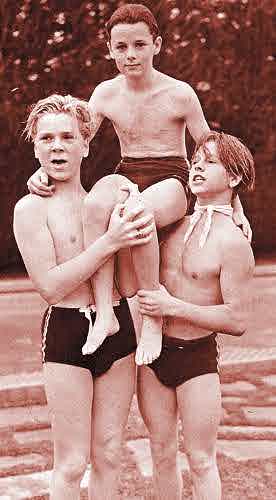 Posted by oldlibraryman at 1:00 PM No comments:

I read a great article by Thomas Sowell yesterday, "The Fallacy of Redistribution." I have been pondering the straight forward logic of his arguments. He is one of my favorite commentators because he is intellegent, knows what he is talking about, and writes so darned well that anyone can grasp the depth of the topic. This article should be shouted in every ear of every American. While progressive liberals will refuse to listen, maybe some of those whom the Progressives are trying to decieve will comprehend the futility of redistribution of wealth. The propaganda is that redistricution raises the poor, the so called level playing field that President Obama keeps touting, but redistribution of wealth has never raised the poor; it has only eliminated the wealth. It has never worked and never will. While Progressives may agree that it hasn't worked in the past, they foolishly believe that they will be able to make it work this time. After all, they are more enlightened and capable than the rest of us, because they are Progressive.

Here is a quote from Sowell's article (emphasis added):


The history of the 20th century is full of examples of countries that set out to redistribute wealth and ended up redistributing poverty. The communist nations were a classic example, but by no means the only example.


In theory, confiscating the wealth of the more successful people ought to make the rest of the society more prosperous. But when the Soviet Union confiscated the wealth of successful farmers, food became scarce. As many people died of starvation under Stalin in the 1930s as died in Hitler's Holocaust in the 1940s.

How can that be? It is not complicated. You can only confiscate the wealth that exists at a given moment. You cannot confiscate future wealth -- and that future wealth is less likely to be produced when people see that it is going to be confiscated.


The entire article may be read at  http://townhall.com/columnists/thomassowell/2012/09/20/the_fallacy_of_redistribution 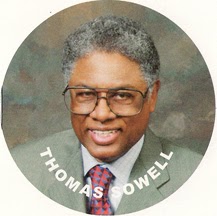 "Thomas Sowell was born in North Carolina and grew up in Harlem. As with many others in his neighborhood, Thomas Sowell left home early and did not finish high school. The next few years were difficult ones, but eventually he joined the Marine Corps and became a photographer in the Korean War. After leaving the service, Thomas Sowell entered Harvard University, worked a part-time job as a photographer and studied the science that would become his passion and profession: economics."

Posted by oldlibraryman at 1:08 PM No comments: