I have been doing a lot of Family History/Genealogy work during the last three months. I went through the boxes of papers that I found at my father's house after he died, and I found a lot of interesting artifacts and photos. Some of the photos I already had in my collection, but I recovered a few that were in better condition than the ones I had. Here are some from a Merry Christmas from my past. 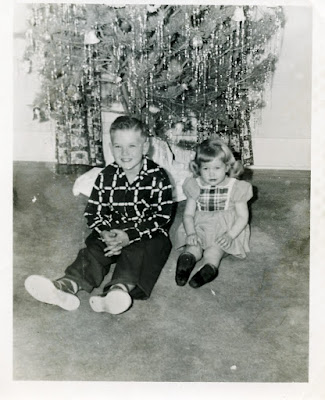 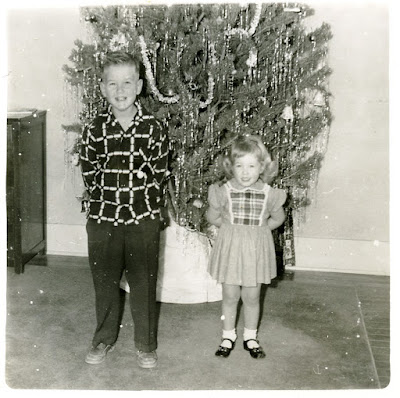 These photos were taken in Lordsburg, New Mexico, in 1953. I turned six in October, and Jill turned three in November. We look mighty happy here. You don't see tinsel on a tree anymore. I don't think you can even buy it now. I loved to watch the old bubble lights on the tree, and the tinsel shimmer and wave in the air currents. Ah, the by gone days.

Posted by oldlibraryman at 7:39 PM No comments:

My Christmas letter for 2015

December 2015
Merry Christmas from Mike and Chris:
We have been into our main floor remodel for over a year now. We were hoping to be finished by Thanksgiving. Then it was by Christmas. Now it is, “When will this be done?” The walls are painted, the carpet is in the bedroom and office. The flooring for the dining, kitchen and living room is waiting to be installed, which should happen this weekend. The cabinets are supposed to be ready, and all the appliances are at the warehouse waiting to be delivered. The master bath hasn’t been started, and all the electrical has not been completed. There are three other bathrooms we can use, but it is hard to have a bedroom and walk-in closet without lights. Shall we hope for MLK’s birthday or Presidents Day?

My dad died last in January, so we made two weekend trips down to California for two different memorial services. One in La Mirada, where he coached football for so many years, and one in San Diego where he was living. The tributes that came in from former students and his many friends were overwhelming. La Mirada High School dedicated this year’s football season to him. All the home games were played in Goodman Stadium at the high school.
Chris retired in June and is busier than ever. She has been our general contractor on the remodel which is using up a lot of her sanity. She volunteers at her old school once a week and is directing the school play again (there goes the rest of her sanity). Two days a week she takes care of three-year-old Gabriel. It is not tending-it is a four hour play date twice a week! He commands total attention; no playing by himself. He is a charmer and a cutie, but he has occasional manifestations of terrible temper. I call him my little “frumious Bandersnatch!”

Alexander and Isaiah are enjoying high school. They love the activities, especially the sports events and parties. Isaiah is in honors math, and Alex is in honors English. They are both in French, and sometimes they let me tutor them. I still drive them to school on my way to work, and pick them up on my way home. The high school is about three blocks from my school. Alex was one of only three freshmen to make it into the fall musical. He had no speaking lines, but he had a one line solo during one of the chorus numbers and was in most of the dance numbers. The play was Urinetown. The play was very strange, but it had some nice songs. Alex was fantastic, of course.

I am retiring at the end of this year. After 43 years I am throwing in the towel. I have been teaching longer than 90% of the teachers and all of the administrators at my school have been alive. I stayed this year because I wanted to have one year in the brand new school building. My last day is June 4th. I wrote my retirement letter last week. It felt a little disconcerting to actually put it down on paper. Counting all the years I was a student and all the years teaching, I have been in school around 62 years. It’s about time I graduated.

Chris and I had our cataracts removed and new lenses put in both eyes. I am amazed at how beige the world was before the surgery. Everything now is so bright and colorful, and the distance vision in my right eye is so clear that I can see details in the mountains that I never knew were there. And that is without glasses. My left eye is better, but still blurry and will always be that way from laser surgery scars on the retina. But my vision is so improved, that I can drive without glasses. We both still have glasses, but they are mainly for reading and computer and to correct a little astigmatism.

The kids are all well and working hard. Rebekah just returned from a three week cruse around Australia and New Zealand. She had a wonderful time, but said there was too much time at sea and not enough time in ports. She will move up from a 30 hour to a 40 hour position at the library in January. She has been waiting for those ten hours for a long time.

Emma is an administrative assistant at a home health and hospice agency. She recently got a part time job at a multiplex theatre complex to make a little extra money. She gets to go to movies free. The only problem is she has no free time to see any.

Rachel has been doing some work on her home. She was able to pay off her new windows and put on new shingles and rain gutters. Exciting stuff! She still hosts fantastic programs for children at her library and gets to spend lots of money on BOOKS.

Joe got a promotion in the Murray water department. He is an inspector. He still does his old job, but he also inspects. What he inspects I don’t know. Joe has really done a lot of work on our house. He did all the new siding on the addition, finished the fantastic gabbled porch, insulated the addition main floor and basement, and at lease a hundred other things on our remodel. We couldn’t have done it without him.

Hyrum and Emery are always happy to jump in and help us out when we need it. They are installing the new floor in the kitchen and living room with Joe. They are real troopers and always cheerful. Emery is still working from home doing accounts and invoices and whatever else for the steel company. Hyrum builds houses all over the place. Sometimes he has to spend weeks away from home with his crew building in the Utah outback. 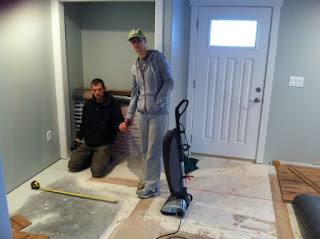 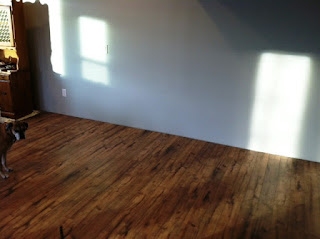 So, except for a few scrapes and bruises, we are all healthy and happy to be busy; and we are hoping you are too. We wish you a Merry Christmas and happy 2016. 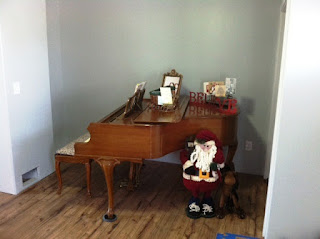 Posted by oldlibraryman at 4:59 PM No comments: