One of the in class assignments, after experimenting with various methods of paper decorating, was to create an accordion book reading the same from front to back and back to front - a palindrome. My "creation" last year was PITIFUL! I like my effort a little better this year. I used my own paper staining technique to put some color on the paper and then overlaid the pages with tape transfer images. The subject is rather mundane, but it works as a palindrome.

I sent out twenty letters in January, all decorated with my paper staining process. I didn't do any drawing or collaging on the envelopes like I usually do. I think the staining is interesting enough to stand alone. Here are the fronts and backs of two envelopes which are representative of this set of mail art. 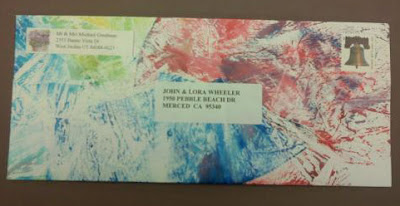 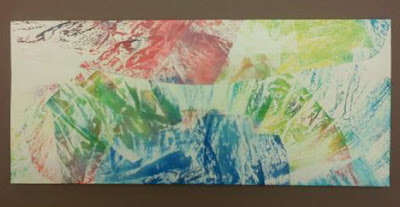 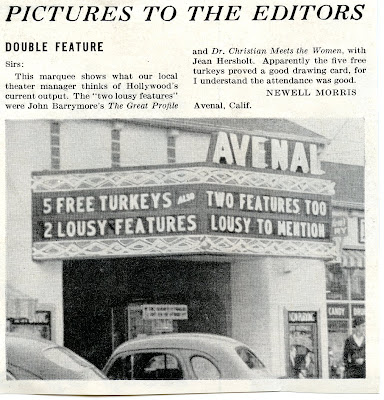 ﻿I found this picture in one of the LIFE magazines in my collection from 1940. It is bad enough when critics pan a picture, but I never heard of theatre managers bad-mouthing their features. As the writer says, the turkeys must have been a good draw.
Posted by oldlibraryman at 9:44 PM 1 comment:

I was able to get into the Artist's Books I and II class at the University of Utah without any difficulty. It seems like there are fewer students enrolled in the class this term. I saw Louise Levergneux, whom I meet last year in the Artist's Books I class. She is a very creative photographer and book artist, and I was looking forward to working with her again. But she decided not to continue with the class this year because there will be too much of a repetition of last year's assignments. Drat! There have been five class meetings now, and I am stressed out again trying to think creatively. I think I am more of a manipulator of other people's ideas than a creative originator of ideas. I like to experiment and adapt existing forms others have developed. Keith Smith said, "... if I didn't say something, who cares how good the technique is?" Maybe that is my creative problem - I don't really have anything to say.

When I arrived at the studio last night, I found Becky Thomas leasurely working on a book. 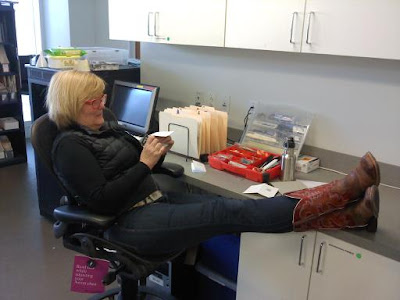 Becky has been working for the Book Arts department as a teaching assistant for classes and workshops for six years. She is very talented. She is also taking this class as a graduate student.

I really want to explore Keith Smith's different "non-adhesive" binding techniques and patterns, but that is not an "artist" book, just a small part of putting it all together into a unit called a "book."  I bought Keith Smith's five volume set of Non-Adhesive: Binding Books without Paste or Glue last year and his new and expanded Structure of the Visible Book this year.

The class this year will again do a collaborative mail art project. This year we will be in groups and we will each exchange two pieces among the group. Each week we will add our own items or make changes before we pass them on the next week.The last person to have the mailable art will send it to one of the class assistants. Here are my first contributions. they are 8 1/2" by 11" and were stained on both the front and back. 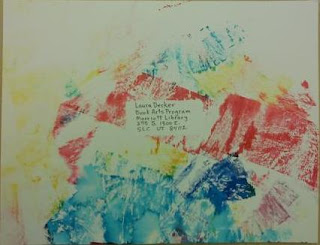 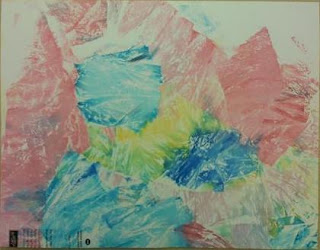 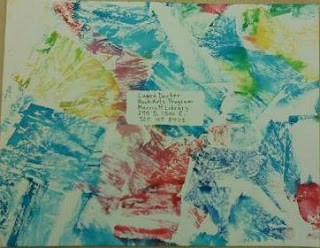 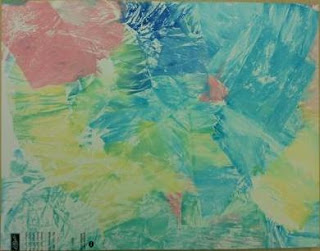 Posted by oldlibraryman at 11:11 AM No comments: 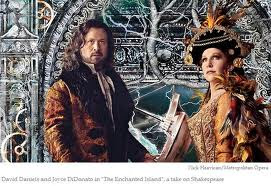 Saturday last (Jan. 21), I went to the HD broadcast of the Met production of The Enchanted Island. What a fantastic afternoon of Baroque Pastiche and Shakespearean mash-up, especially for us who are enamored of Baroque music and singing. (Several critics panned it, but what do critics know.) I especially enjoyed the beautiful Joyce DiDonato as Sycorax, and the lovely Danielle de Niese as Ariel. I saw DiDonato in last season's broadcast of Le Comte Ory in a trouser roll. She is becoming my favorite mezzo. 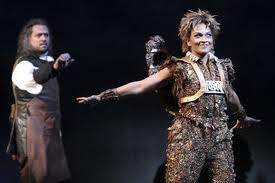 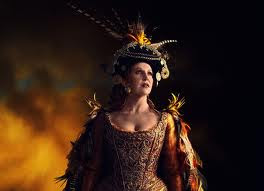 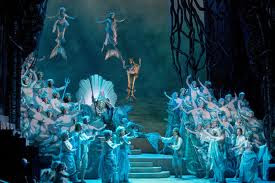 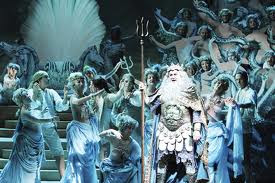 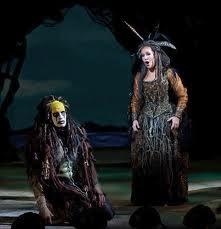 Caliban (Luca Pisaroni) and Sycorax.
I do not own these photos and will remove them if someone complains.
﻿I am looking forward with anticipation to the broadcast of Gotterdammerung on February 11.
2012 Goal Report:
My goal to lose 65 pounds by my 65th birthday is underway. I joined myfitnesspal.com at the encouragement of my daughter Rebekah, who has lost 30 pounds and looks gorgeous. I have lost 11 pounds in three weeks. Just 54 pounds to go.
Posted by oldlibraryman at 2:58 PM No comments:

2012 will be my banner year as I turn 65 in October. I don't plan on retiring for a few more years, but it is a milestone year none the less. One of those years where you look back on all the years before and see how different things turned out from what you planned or wanted or thought they would. Oh, well, I am sure the next 65 years will follow closer to the blueprint.

Someone remarked that many people look forward to the New Year to get a good start on old habits, so I have not made any of those pesky New Years Resolutions to break this year. I have set a goal to lose 65 pounds by my 65th birthday. That is only one and a half to two pounds a week; actually 1.625 pounds a week if my calculations are accurate. I have been doing Weight Watchers for Men on line for some time. I have not lost any weight, but I have maintained and not gained any more. I joined My Fitness Pal on line at the insistence of my daughter Rebekah, which is an entirely different system. Between the two systems, I may find what bits and pieces will work for me.

The Canyons District insurance department had a health contest over the holidays to encourage employees to maintain or lose weight over the long school break full of parties and fat food. They offered some nice prizes in a drawing for those who are successful. About 500 people, including me, weighed in at the beginning of the contest.  Tuesday and Wednesday were the final weigh in days. I mistook the dates and went on Monday to weigh in. I lost two pounds, yea!, so my name is in the hopper for the drawing; something I would like not to lose. As of Tuesday afternoon, only about a fifth of those who entered have gone in for a final weigh in.

I am going to try to take the Artists' Books II class at the University of Utah this spring semester. I will audit the class as a senior citizen like I did last year in the Artists' Books I class. It only cost 25 dollars a semester for old folks to audit university classes if there is room. I hope I will be able to get into the class. Book arts is growing in popularity and the classes fill up. I was only let into the class last year because I know both teachers and have some background with them. It turned out that about five students dropped the class anyway. That class was tough, and made me work harder and think deeper than I have had to do in a long time to get what little originality and creativity I have to come to the surface. I put my name on the waiting list for this year's class. Last fall I was not able to take the letterpress printing class because it was full, and they could only take a limited number. Even knowing the teacher did not help me then. Registered university students are first served which is only just and right. It worked out better for me anyway not to have the printing class when I wanted it. Maybe next year.
Posted by oldlibraryman at 3:27 PM No comments: