This has been Teacher Appreciation Week. As a teacher librarian, I do not teach the same students every day as a classroom teacher does, but I have interaction with many students every day. There are thirty to forty students in the library before school every day looking for books, chatting, using computers, doing homework and reading. There are about the same number of students during each of the two lunches and after school. I am always helping students find books for recreational reading and homework or research projects, and I often recommend books I think they might enjoy reading. I recently received a little note of appreciation from an eighth grade student. It was a class assignment to write to a teacher, and he chose me.  The following is his letter without any corrections of spelling or grammar:


Dear Mr. Goodman.
Thanks, I go to the libary everyday in the morning, & lunch. You always let me hang out there, & doen't mind to much talking. You all so help me make friends in the libary. I didn't like the libary to much, but you libary is diffrnt, I's comfurting, & loving. Thanks for teaching me proper english when asking for something. Thank you!
Caleb B...  computer #10 "B" lunch


Posted by oldlibraryman at 10:20 AM No comments:

I did three swaps on Swap-bot in April. Two were ATC trades and one was a handmade envelope trade made from a magazine page. I found an old LIFE Magazine (Dec. 1999) and used an ad page for a vacation in Costa Rica as the base for the envelope. I then cut out a few bits and pieces from other pages and glued them on. 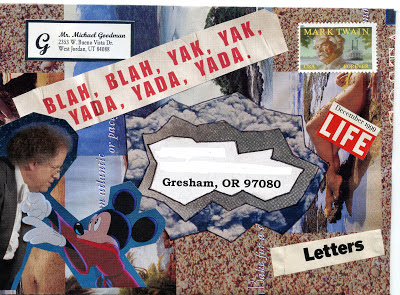 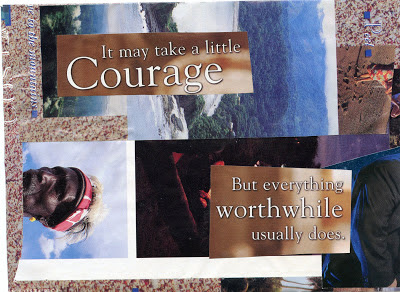 The ATC trades were a "Blue" and a "Yellow" trade. Color ATC swaps only have to have the specified color somewhere on the card. The first idea that flooded my little brain for the blue swap was Elvis and the movie Blue Hawaii from 1961. 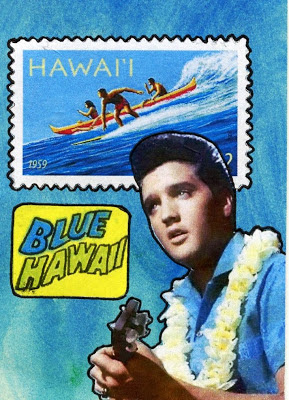 For the yellow, I did a series of five cards using the famous St. Francis of Assisi Church at Rancho de Taos, NM. Yellow was mainly on the first two cards. Anyone who has been to see this church in person or has seen photographs (the most photographed and painted church in America) will see that the bottom of the left wall of the building has been modified in my drawings. I was more interested in the overall shapes than accurate details. 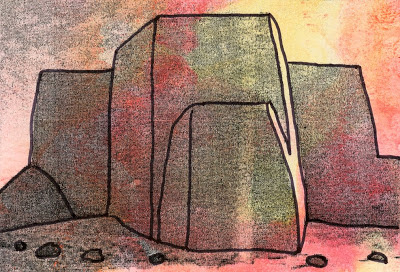 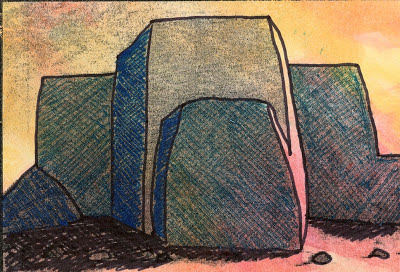 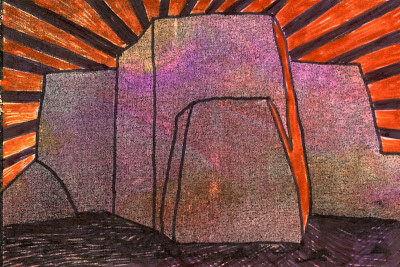 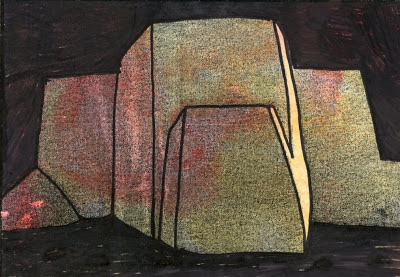 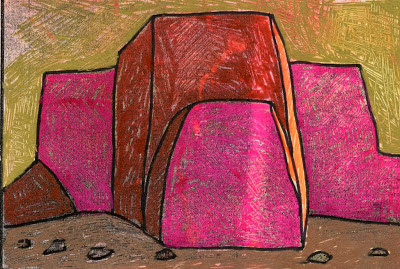 The first swap I have done in May was a 50 State ATC Swap. There was one swapper for each state. The states were claimed on a first come basis, and I grabbed my state, Utah.  I used Delicate Arch to represent Utah for the ATCs. I often do more than one ATC for a trade, even though only one is required. The first is a crayon wax resist with a blue water color wash on a half tone photo of the arch. On the second ATC I used gel pens and cutouts from a postage stamp catalog. 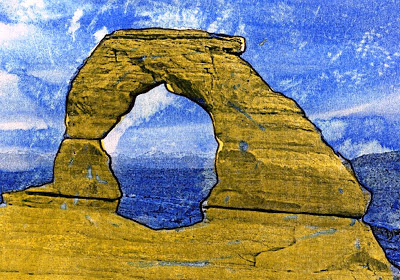 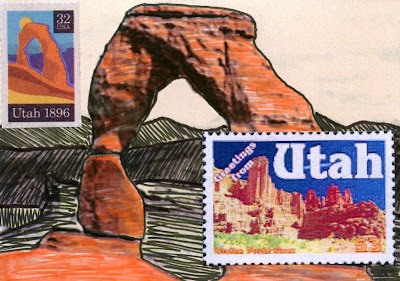 I always send my swaps in a decorated envelope. For this swap, I made an envelope with a page from an old book about games that had been discarded from the library. The pages show different decorated game boards from around the world. Is there any doubt that this letter came from Utah? 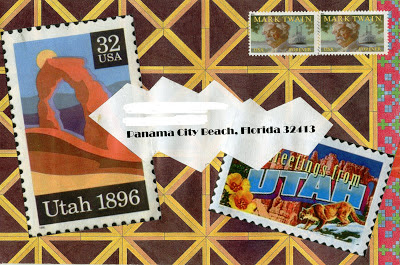 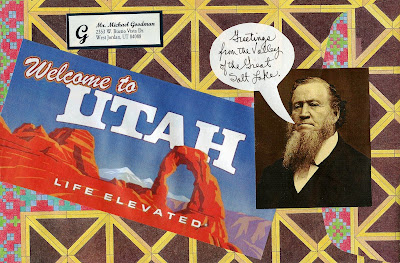 Posted by oldlibraryman at 9:05 AM No comments: