I put out all my flags today to honor the servicemen and women who were part of or assisted the Normandy Invasion. There are fewer World War II veterans every year. I doubt if any will still be with us in ten years. Heck, who knows if the country and the way of life they fought for will still be here in ten years, or twenty or another seventy.
My father served in World War II, but was not at the Normandy Invasion. He was stationed in Karachi, India, (now Pakistan) as part of the China, Burma, India forces that kept the supplies going to the free Chinese army. He was not a pilot, but he did "fly the hump" over the mountains between India and China as part of the quartermaster crew. He was a boxer and was the armed services heavy weight champion of China, Burma, and India in 1945. He is still alive, but at two months shy of age ninety-one, his memory is a little foggy.
Here's my "old man": 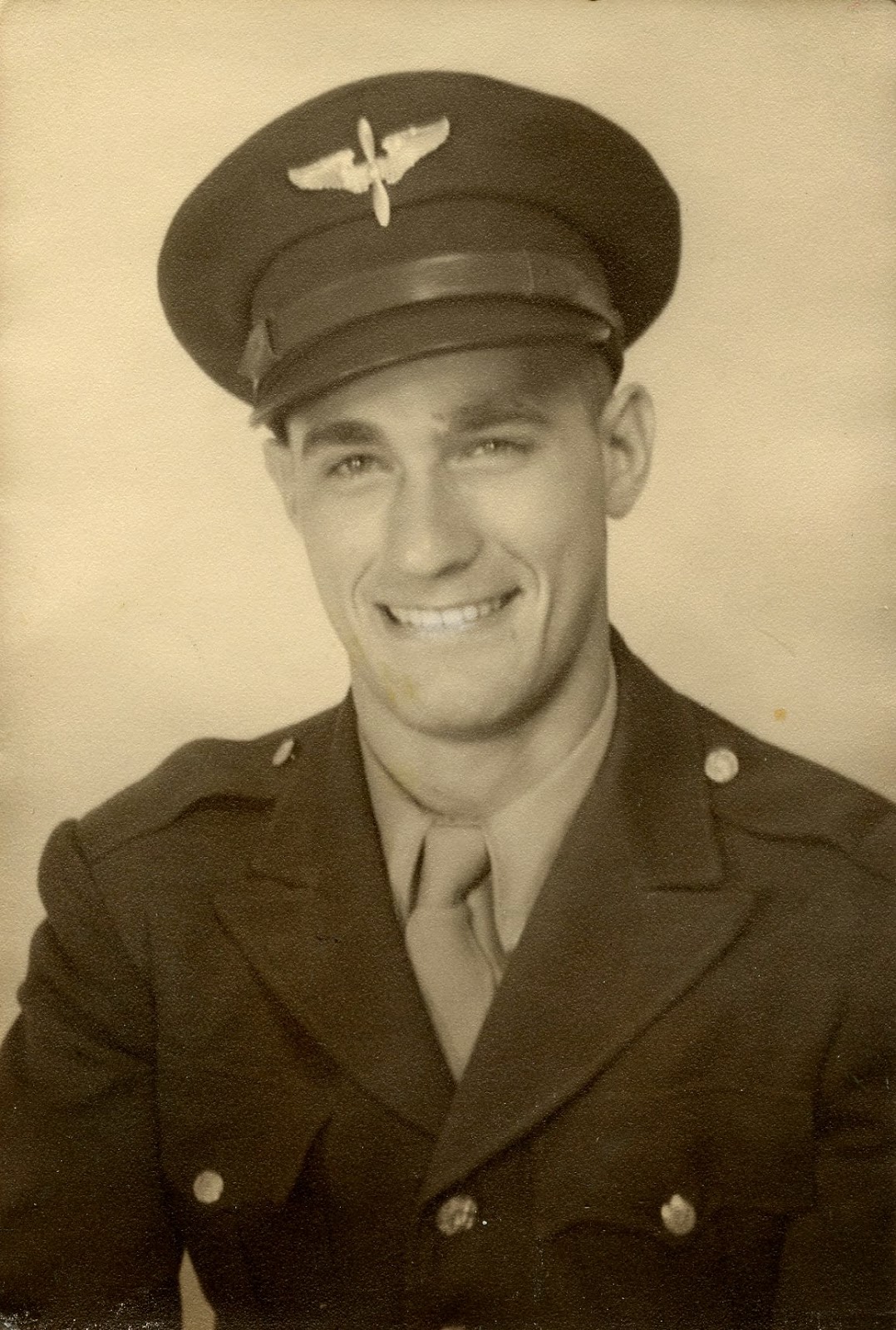 Here he is (left) in his championship fight. He said, "... I looked like I was dead-starting to show a little life there." 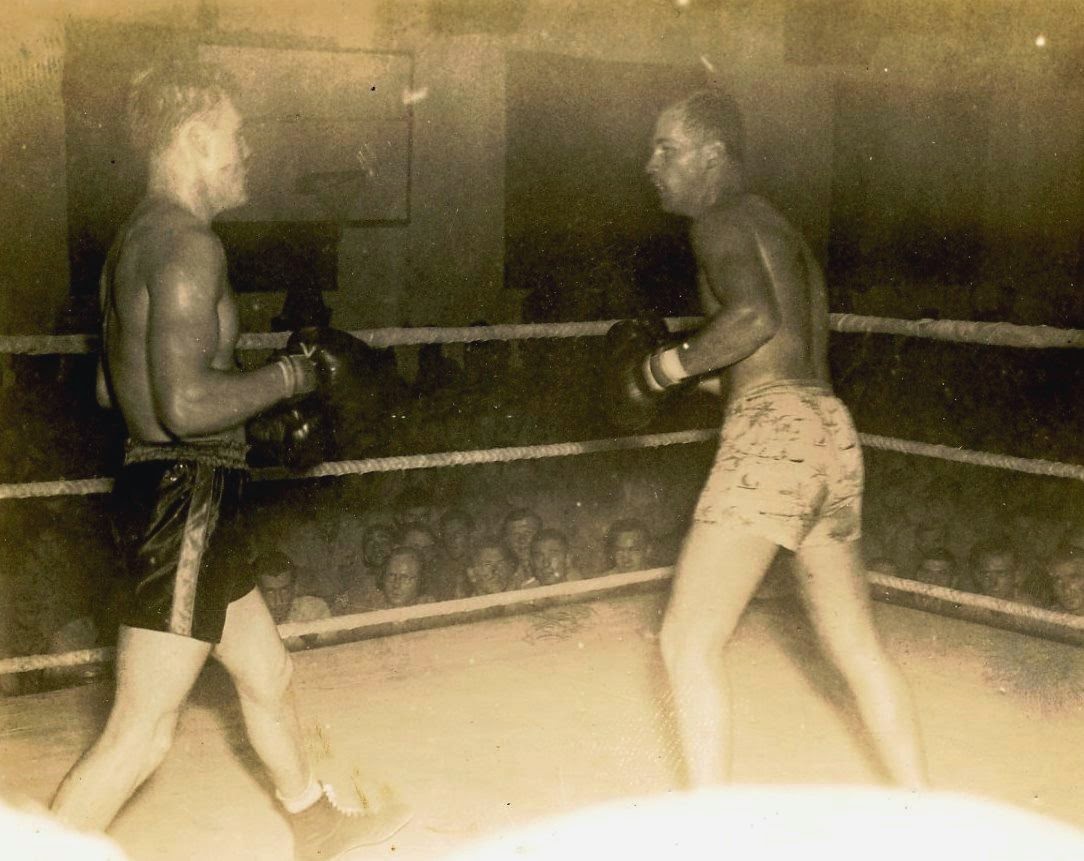 Presenting the trophies.  He wrote on the back of the photo, "Chennault presented me with a cup like this also. Each had, 'Outstanding Boxer of All China Tournament, 1945.' How do you like the beard? Osa is the boy the wheel is presenting a cup to-" He kept his trophy cup on his dresser all the time I was growing up, but the lid was missing. He kept his change in it. 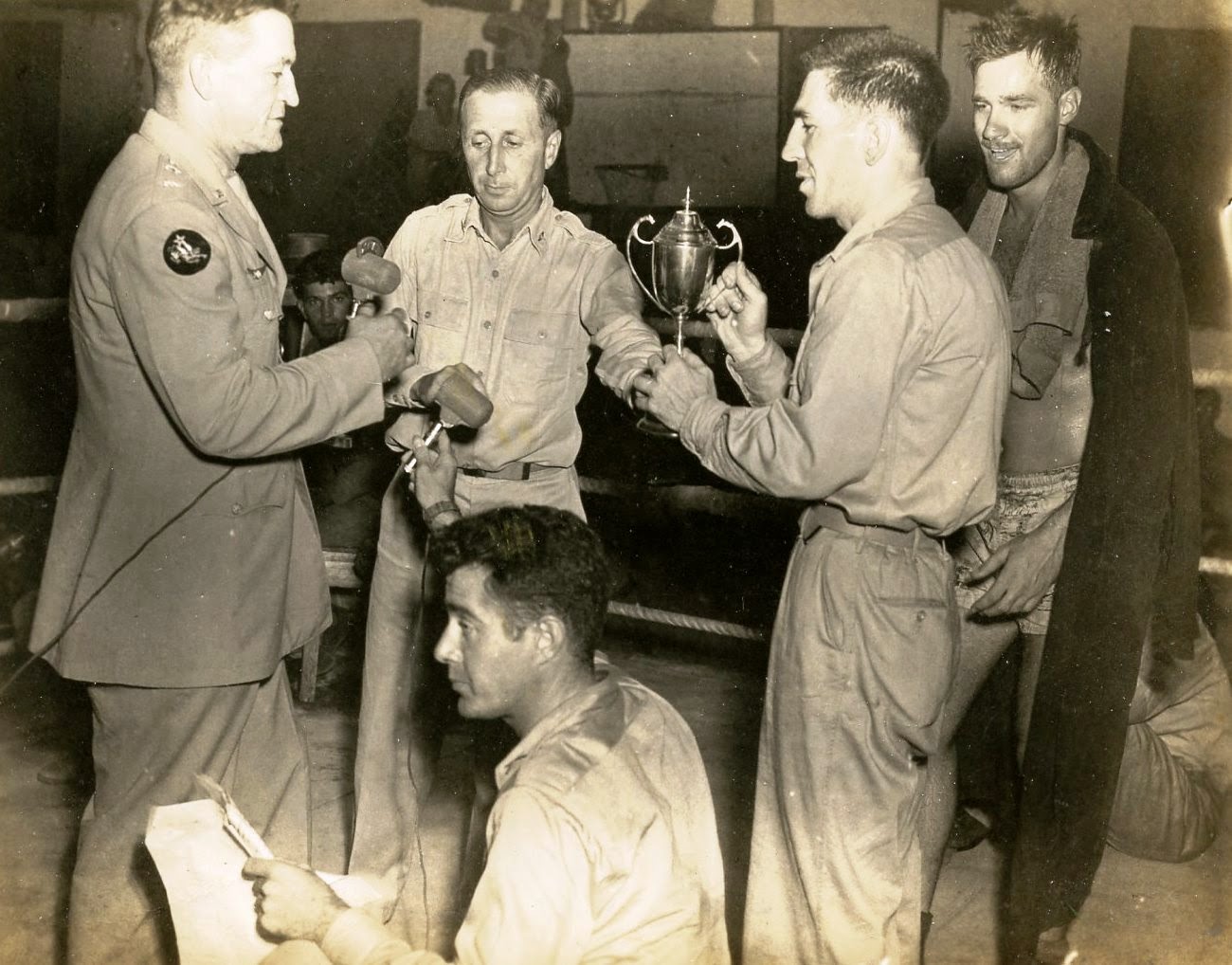 Posted by oldlibraryman at 8:00 PM No comments: