From time to time, I have posted some of my short memoir pieces on my blog. This is the first memoir piece I wrote, about twelve years ago. I was working on a little writing project for seventh grade students and decided to have them write a mini-memoir. This was my example. We published each student's mini-memoir in individual origami books which each student created.
In 2003, I started taking a memoir writing class through the Jordan School District inservice system. I repeated the inservice class for seven years.
Johnny Angel


I heard “Johnny Angel” on the radio the other day and took one of those mental trips on the magical, musical time machine back to the old school bus stop on a foggy, gray morning in February, 1962.  Our breaths puffed out in pale clouds of steam and quickly blended with the cold, moist air that covered everything with dew as we joked and caught up on the missed gossip from the day before. Someone in the little group of juniors and seniors had a transistor radio.  They were softly singing and swaying along with the music as they huddled together for warmth, excluding us mere freshmen and sophomores.


A new song started, and I heard a sweet, soft voice singing that plaintive song. I no longer felt the wet, penetrating cold.  It was she. My heart was drumming in my chest. I was in love.  Well, maybe not in love, but certainly in deep crush or maybe intense infatuation. Whatever you want to call it, I was in it.  My family, along with most of , had been watching Shelley Fabares every Wednesday or Thursday evening for five years on The Donna Reed Show. She sang “Johnny Angel” on that show when I heard the song for the first time. 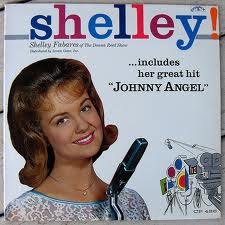 I knew this silly crush of mine was hopeless from the start. There wasn’t the slightest chance that I would ever even meet her. There was the age difference: I was practically the youngest “geeky” freshman at , and she was a “cool” senior. There was the distance problem: I was in , and she lived in and filmed in . But I fantasized about how it might be if I did know her and if I were someone she might consider a “boyfriend.”  “Johnny Angel” was “our song.” It was my secret. I never told anyone-not even my two best friends, Jim and Joe, especially not them. And, of course, Shelley never knew.  My feelings were absolutely unrequited, and somehow, miraculously, I survived. Anyway, she left the show the next year and the crush faded mercifully away.


Thirty-five years later, my daughters Rachel and Emma were watching a rerun of Coach when I entered the family room headed for the computer.  I caught a glimpse of the TV screen and stopped to watch for a moment. 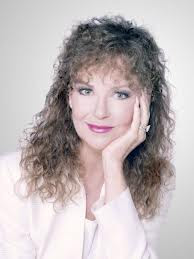 “Ah, Shelley Fabares,” I said casually. “When I was in high school, I had a crush on her.”


I decided I would not tell them about my other crush on a woman not just four years older than I, but thirteen years older.  It would be just me and Shelley as far as they were concerned.  But for me, it will always be Shelley – and Sophia Loren! 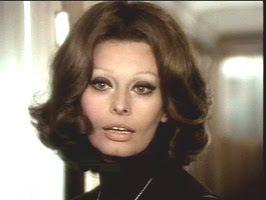 Posted by oldlibraryman at 12:48 PM

I think my husband had the same crushes. They were big then.